All or Nothing? By Mary E. Hunt 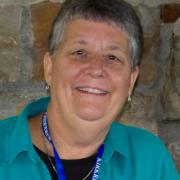 
If there is anything new under the religious sun in the United States it is the changing patterns of how people are or are not religious. What this means for feminist studies in religion is of interest to me because it reshapes the backdrop of our work.

One of the major religious stories of the last year was the Pew Research Center’s study entitled “‘Nones’ on the Rise.” The study clarified that about twenty percent of the U.S. adult population has no religious affiliation whatsoever. Among people under the age of thirty, the percentage of ‘nones’ rises to thirty percent. These people include atheists and agnostics, but most are simply people who have no strong connection to a religious tradition. Apparently they do not want any because heaven knows that religion/spirituality is a big commodity in the contemporary marketplace. This means that upwards of 45 million Americans choose to leave religion aside and go about perfectly normal, and, one hopes, happy lives.

As a longtime feminist student of religion, I can understand the general sentiment of the nones. Religions can be their own worst public relations machines. My own religious heritage, Catholicism, has given religion as such an increasingly bad name. Kyriarchy has no clearer articulation than the Roman Catholic Church institution. Discrimination against women, same-sex loving people, and others is rampant and encouraged within the community. The safety of children and well being of women are in no way assured. Of course there have been notable exceptions to the rule—Dorothy Day, certain feminist theologians, and feminist ministers come to mind—but for the most part if I had to rely on my own tradition for being religious, I would be a none (no, not a nun) as well.

I propose that we explore another option, if only for the sake of discussion. It is what I think of as the “everything” option. The problem with studies about religious affiliation is that there is no box to check when one wants to affirm some aspects of many different faiths. This is frequently my situation. I admire, benefit from, yes, even feel a certain sense of belonging to more than one tradition at a time. There is simply no way to convey that in a list in which I am asked to check a box that corresponds with my faith. I can choose “everything” in the bagel shop, so why not in the larger world?

It is the very complexity of contemporary faith, especially for feminists who see the limits as well as potential of each one, that is at issue. Some people solve this by checking several boxes—Buddhist Jews, Catholic Unitarians, for example—but what if one really wants to be far more eclectic, inclusive, ecumenical, interreligious than all that?

At a recent interfaith Pride service in Washington, D.C., I found myself inspired by a number of religious practices that were part of the program. I felt a certain thrill at the drumming and responded viscerally when the shofar sounded. I was edified by the procession of candles and incense that sanctified the space. The Gospel music was soul stirring. The sermon was well focused and not over long. The collection went to a good cause. The very sanctuary itself was a spare, postmodern congregational style that could as easily be used for theater in the round. The prayers were heartfelt. The congregation was diverse. Other than some non-conforming language (masculinist words, for example) I liked almost everything that evening. It felt like we were religious people together, not each one in her/his own boat but religious together.

The problem with this kind of smorgasbord approach to religion (not to be confused with the “cafeteria Catholics” approach so vigorously opposed by those who think they know what the main course ought to be) is that such events are just that, moments not commitments. What most people think of as their tradition is what they experience during what Catholics call “ordinary time,” when things are just going along day by day without benefit of feast or special event. Nonetheless, feminists have worked across boundaries in religion for decades. Why not live that way too?

Some of what prevents us from thinking more creatively about the ways we are religious is the marketplace. We are expected to declare loyalty to a brand, membership in a club, making religious expression something like choosing an airline for the frequent flyer points. Feminists have deconstructed religions of virtually every stripe. So why not think about a reconstruction project that includes some novel combinations of things religious on their own terms? Why not let insight meditation stand alongside Eucharist, fasting for Ramadan alongside other disciplines? If all are aimed at making us more religious, as inreligare “to bind fast,” to be connected, then it seems that the more the merrier is a reasonable strategy.

Questions of commitment and accountability remain to be answered. Matters of membership and identity are in the balance when “everything” is an option. At a minimum, religious scholars and leaders need to reconfigure our assumptions about how religion “works” for the people with whom we connect. For feminist studies in religion, this is one more invitation to leave aside the silos that have defined us. For feminist ministers it is a call to prepare for much more broadly based service than virtually any of our theological schools are currently imagining. For me, it is a way to claim an identity I was taught did not exist. And for you?
Posted by WATER at 3:02 PM

WATER
WATER, the Women's Alliance for Theology, Ethics and Ritual, is a non-profit organization that works to actualize feminist religious values for social and religious change. www.hers.com/water